Charlotte D'Lota is a character in the video game, Koudelka. She appears as the ghost of a girl left to die in the Monastery, and wanders its passages with her hatred fuelling her.

Born from a love affair between Sophia D'Lota, Queen of Hanover, and Phillip Christopher. Charlotte was immediately taken from her mother, and imprisoned at Nemeton Monastery to cover the scandal.

Charlotte was raised unaware of her mother's background, or her mother's love for her, and continued to be imprisoned at the monastery as her hatred and anger grew. Her mother sent her many letters, but they deliberately withheld from the girl.

On her 9th birthday, she was to be executed. Before her death, a priest came to see her and prayed that the poor and sinful girl would be accepted into the Kingdom of God. She was then beheaded.

Sophia D'Lota was never informed of her daughter's execution, so continued to write her letters, until her own death.

Charlotte first appeared to Koudelka Iasant, Edward Plunkett, and James O' Flaherty as they were walking down the hallways of the monastery. Startled, Edward noticed her and ran toward her, almost running into a vast pit before Koudelka pulled him back.

Charlotte, floating above the pit, laughed, and wished the trio would die, before she disappeared through a wall.

Charlotte met with them again when the floor they were on gave way, leaving them trapped in a cell. Bitterly, she told them her lifestory. James expressed sympathy for her past, but she dismissied his pity, which served only to infuriate her, causing her to summon the Jailer, and hoping they would rot in the cells.

After gaining access to her cell, one of two outcomes will occur depending if the player has retrived Sophia's Letters, or not.

If the player has the letters, Koudelka confronts Charlotte with them, showing to her that she was loved. Incredulous, she begins to cry, simultaneously confused by these new feelings, and trying to hold on to her anger. Her spirit, at long last freed, screams an anguished, angry cry, and vanishes.

If the player does not have the letters, Koudelka confronts Charlotte and tries to soothe her spirit, relating her own miserable past. Furious, Charlottle angrily curses her, before transforming into a monster and attacking her. 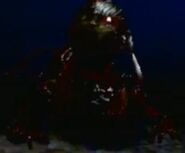 Charlotte, as she appears in boss form. 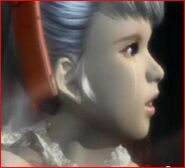 Charlotte realizes that her mother loved her.

Charlotte disappearing after making her debut. 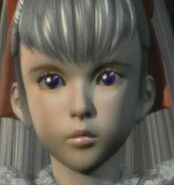 Retrieved from "https://shadowhearts.fandom.com/wiki/Charlotte_D%27Lota?oldid=36096"
Community content is available under CC-BY-SA unless otherwise noted.