With a power exceeding other fusion monsters, the Dark Seraphim lives within Yuri and can emerge when called. It wields total power over death and rebirth. 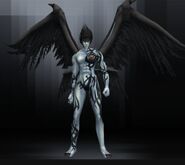 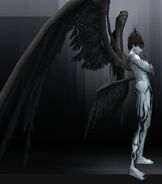 Dark Seraphim Concept Art
Add a photo to this gallery

His ultimate skill is "For the Child", the same as in Shadow Hearts: Covenant. 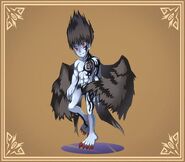 For the Child...
Add a photo to this gallery

Retrieved from "https://shadowhearts.fandom.com/wiki/Dark_Seraphim?oldid=36124"
Community content is available under CC-BY-SA unless otherwise noted.