Second of the Mutant Apes created by Kato, he is equipped with tektite blades that can slice through steel. His best weapon, though, is his awesome agility.

"Speak-No-Evil" of the Mutant Apes. His unearthly speed and razor-sharp tektie blade that can cut through steel make him an enemy to be feared.

In the brief time that he and the other Mutant Apes are playable, he uses a unique blade to slice up his enemies at close range.

He can have up to three Hit Areas on the Judgement Ring. However, two more can be unlocked by hacking the game.

He and the other members of Ouka's team also have access to a unique combo: "Lightning Flash". He is fought three times over the course of the game: 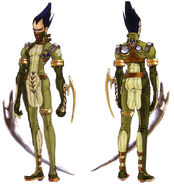 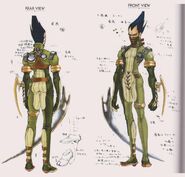 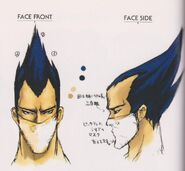 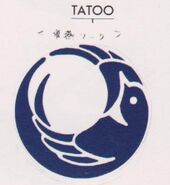 Human potrait of Hien & Raiden
Add a photo to this gallery

Retrieved from "https://shadowhearts.fandom.com/wiki/Hien?oldid=37330"
Community content is available under CC-BY-SA unless otherwise noted.