Shadowhearts Wiki
Register
Don't have an account?
Sign In
Advertisement
in: Shadow Hearts: From the New World Enemies

A difficult-to-find regular enemy in From the New World

A two-headed genie that loves negative thoughts. Enters peoples' minds and sows the seeds of doubt and confusion. Crushes its victim when one's spirit collapses.

Janus appears in exactly one location ingame, but can be encountered repeatedly.

It is recommended to equip the Gold Necklace, to increase the encounter rate before attempting to find Janus.

He is found Beyond the Gate, in the area just before the final save point, underneath the last malice tree structure, and will eventually appear in a random encounter. 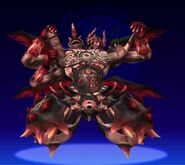 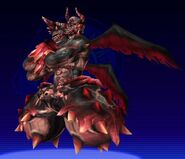 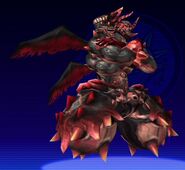 He was often depicted with two faces; one looking to the past, and the other, the future.

It previously appeared in Shadow Hearts: Covenant as a boss enemy.