The owner of Blanca and friend of Yuri, Jeanne is murdered by Sapientes Gladio after witnessing Yuri being cursed with the Holy Mistletoe. Her spirit takes up residence in Yuri's subconscious, visualised in the Graveyard, where she attempts to guide him to happiness and fulfilment.

Girl from Domremy and Blanca's owner. Although killed by the society, she appears in Yuri's heart and becomes his guide to his own soul. 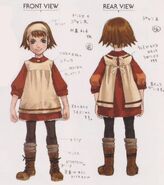 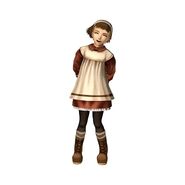 Pachislot render
Add a photo to this gallery

Retrieved from "https://shadowhearts.fandom.com/wiki/Jeanne?oldid=38549"
Community content is available under CC-BY-SA unless otherwise noted.