Ben Hyuga is Yuri's father and husband of Anne.

Colonel Ben Hyuga
A Japanese colonel who disappeared during a secret mission on the continent in 1900. Rumoured to have special powers.

Captain Jinpachiro Hyuga
A lieutenant commander with the Japanese Navy in 1893, he was sent to Asia on a top-secret mission along with his Russian wife and three-year-old son.

Ben was a member of the Japanese Army Intelligence force. He has the ability known as Fusion, making him a Harmonixer like Yuri, and is skilled in many martial arts.

His fighting style is exactly the same as Yuri's, using fists and fusion power to defeat foes.

Harmonixer Fusion:  With the blood of the Harmonixer flowing through him, Ben is able to fuse with creatures and use their powers for his own. Like many Harmonixers, he can only morph into one form. 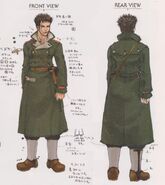 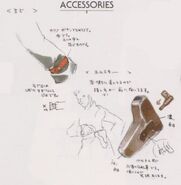 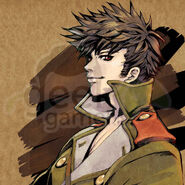 Retrieved from "https://shadowhearts.fandom.com/wiki/Jinpachiro_Hyuga?oldid=37312"
Community content is available under CC-BY-SA unless otherwise noted.