Jutendouji is a fusion monster from Shadow Hearts: Covenant. It is the second and last fusion that Kurando can aquire, and is an optional fusion. However, before it can be used, the player must first have all of Yuri's elemental fusions and have stepped foot inside the Asuka Stone Platform. They then must go on a side-quest and complete the Dog Shrine. It costs 7 Sanity Points per turn to fuse into it.

Demon-god sealed away inside of Kurando. The demon-spirit that lies within. Jutendouji has the power to challenge even the mightiest of gods.

Compared to Tsukiyomi, Jutendouji's specials focus instead on one-to-one combat with a single enemy.

To acquire this optional fusion, the player must first have have all of Yuri's regular elemental fusions and have stepped foot inside the Asuka Stone Platform.

After completing those requirements, the player must return to Inugami Village and speak to Saki Inugami, who will proceed to give the player a load of stone tablets and make the Dog Shrine available on the world map in Asia.

After navigating through the shrine, the party must defeat Hotoke Garan. When he has been destroyed, the party must return once again to the Inugami Village and speak to Saki.

Leave the village, and then return to see a scene with Kurando. Then head down to the waterfall, and defeat Kouenki. When the battle has been won, Jutendouji is gained as a fusion for Kurando.

Jutendouji is synonymous with Shutendouji, a goblin king who stole villagers. He was slain by the hero Raiko (or Yorimasa in some legends) after getting drunk on magical sake deemed practically toxic to goblins. Strangely both spellings are correct, as Kurando's sword Dojikiri has been described as the one used to kill Shutendouji. 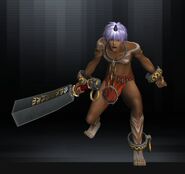 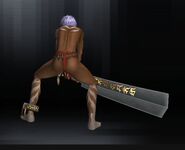 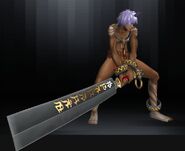 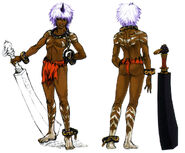 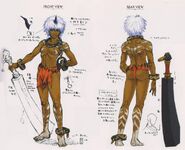 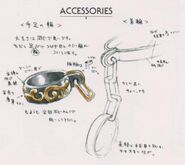 Bonji - Japanese for the Siddhaṃ script

His ultimate skill is "Heavenquake!", the same as in Shadow Hearts: Covenant. 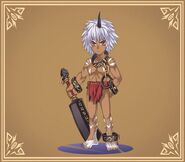 Jurendouji's sword
Add a photo to this gallery
Retrieved from "https://shadowhearts.fandom.com/wiki/Jutendouji?oldid=33817"
Community content is available under CC-BY-SA unless otherwise noted.