NOTE: Can be photographed by Anastasia to obtain the "Euthenasia" move.

Physically warped himself, he is the lord of warps and distortions. He is the most demonic of all the demons, determined to shatter peace where it exists. 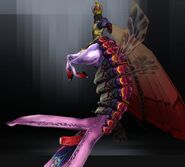 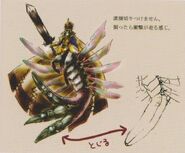 Orobas is a demon found in the works of various occult literature.

He is physically described as resembling a human with equine features.

In the demonic hierarchy, he is said to be a Great Prince of Hell, having twenty legions of demons under his control.

Retrieved from "https://shadowhearts.fandom.com/wiki/Orobas?oldid=34019"
Community content is available under CC-BY-SA unless otherwise noted.