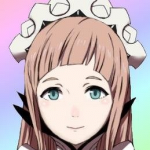 Hi everyone! My name is Yuna467, and it is great to be here! I have only played the first Shadow Hearts game, and I thought it was a very unique game. However, I got stuck in Dalian while trying to defeat Yamaraja: Wind. That was a few years ago when my dad was living with my aunt and uncle and my aunt had the game. I have not seen it since. Back to the present day, I was wondering if Shadow Hearts had a Wikipedia article and I looked it up. It turns out that SH had three games in the series, not counting the prequel. So I decided to find the SH Wiki to see if there was one. Long story short, I decided to join it without a second thought. Unfortunately, I do not remember any stats with monsters, but I try to help the wiki in any way I can.

I am a HUGE FAN of the SH series, including Koudelka. But my absolute favorite to me is the first one is because it was the first SH game I ever played. I liked Covenant, From the New World, and Koudelka, but the first Shadow Hearts brings back a lot of nostalgia to me. A. LOT. ^_^

Yes, I finally got the games. I hope I can contribute more.

Retrieved from "https://shadowhearts.fandom.com/wiki/User:Yuna467?oldid=18769"
Community content is available under CC-BY-SA unless otherwise noted.